Hello, my name is Grimes Clark. I am from a little town in eastern North Carolina called Tarboro. Ever since I was very young I have loved to hunt and fish. One of the best moments of my life was when I killed my first deer! That feeling of accomplishment was one of the best feeling I have ever felt. Since that day when I was 6 years old I have been chasing that same feeling.

I have been fortunate enough to hunt and fish some of the best places in the world including the South Fork of the Snake River for huge cutthroat trout, Costa Rica for Sailfish, Florida for Black Grouper, Argentina for Fulvous Whistling Ducks and RosyBills, and Missouri and Texas for Monster White tailed deer. However, as awesome as these places are, my favorite place to hunt and fish is right here in North Carolina. Eastern North Carolina has some of the best hunting including turkey and duck, and some of the best fishing to be had anywhere. To me, there is no place like home! 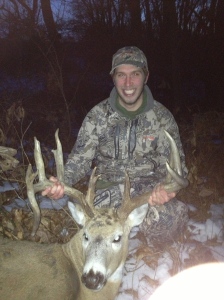 My name is Thompson Long and for as long as I can remember the outdoors have been my greatest passion, if I am not in a blind or casting a fly rod, I’m almost assuredly thinking about the next time I will be. Hunting and fishing comes and goes according to the seasons, but as any avid sportsman will tell you, the season never really stops.

I’ve been lucky enough to call four different parts of the united states home, each one offering dramatically different opportunities. Whether it be chasing tails in the marshes of eastern North Carolina, flushing roosters and grouse in Northern Wisconsin, netting trout in Western Montana, or stacking Honkers in central Virginia; nature has always been the one place I call home.

My time as a waterfowler has taken me across the Americas, whether it be the prairie pothole region of Montana, the outer banks of North Carolina, Central Alabama, and all the way down to Argentina. Each place has offered me an opportunity to pursue different species, in different ways, and with different people, each time learning more about sport and coming to love it even more.

Henry David Thoreau once said, “Many men go fishing all of their lives without knowing that it is not fish they are after.” I couldn’t disagree more, a day on the water is well spent, no matter the catch. However, the days I remember most are the ones marked by the two foot brown fooled on a size 20 Parachute Adams, or the 70 yard cast that gets that elusive bonefish to take. Those are the days that etch themselves into the back of your mind, the days that pictures just don’t do justice. 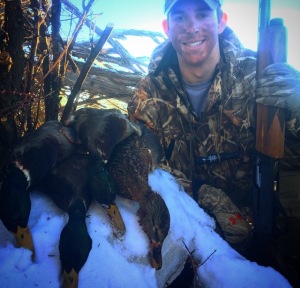 To see more check us out on Facebook at https://www.facebook.com/ReelsandGuns!